Franc was born and raised in New York City, the youngest child of immigrant parents from the Dominican Republic. Although he grew up believing in the existence of God, he had no knowledge of the gospel. After marrying and having two children, circumstances led Franc and his wife Jorhely to decide to move to the Washington, DC area. During a very trying moving experience, they were led to pray and ask God for help, even though neither of them knew him personally. When He provided for them and allowed them to complete their move to Sterling, VA, they decided to start attending church and settled on Potomac Baptist Church. It was at PBC that the Lord revealed Himself to both of them and they committed their lives to Christ.

Franc found his passion serving in the Youth Ministry at PBC starting in 2005. Coming to Christ later in life grew in him a passion to help young people discover the goodness and satisfaction that only Jesus can provide. During his time as a youth leader, Franc taught Sunday School lessons, joined them on missions trips, and led discipleship groups. He continued to serve there for over 10 years before receiving the call to become an elder. In 2016, he was ordained as a elder, and has continued to serve in this capacity since then.

Franc works full time for Siemens Building Technologies as an Operations Supervisor. He has been married to Jorhely since 1994 and they have a daughter (Rio, born in 1997) and a son (Alex, born in 1998).

In California, during the Jesus Movement of the 1970’s, thirteen-year-old Scott Hesler made a decision to follow Christ. He was the first in his family to come to Christ, followed quickly by his parents and sister. So profound was the impact, two years later he made the decision to be a pastor at Forest Home Conference Center in the mountains above LA.

During his school years Scott worked various blue collar jobs (drill press operator, assembly line worker, watermelon picker, construction worker, warehouse stock boy – even working a salmon season in Alaska). He is a graduate of Taylor University in 1979 (BA in Christian Education) and Dallas Theological Seminary in 1983 (ThM in Christian Education). Since 1983, Scott has worked as a youth pastor in California, a volunteer area director for Young Life, a leader in Surfing Expeditions and Adventures, a church growth consultant and national director in Australia for Church Resource Ministries, English pastor in a Chinese church (Silver Spring, Maryland), and interim pastor in Washington, D.C. and West Virginia.

Since 2006 he has enjoyed teaching God’s word and equipping leaders here at PBC.  Throughout his life Scott has been involved in overseas missions in places like Nigeria, Mexico, China, Russia, and more recently, has helped PBC develop a long-term relationship with a network of 200+ pastors in Malawi, Africa.

The primary joy of Scott’s life is his family. In 1984 he married Laurie, who has wisdom, discernment, and a heart for the disadvantaged. Laurie has a Marriage and Family Therapist license and is trained as an Art Therapist. Scott and Laurie have four children: Kaleigh (1987), Elissa (1990), Hayden (1995), and Matthew, whom they adopted from China in 2006.

Michael Miller is a native of Delaware, where he was raised by Christian parents, until moving to Seattle, Washington where he met his lovely wife Erin. As an elder at PBC, he is regularly found teaching God’s Word in a variety of venues in addition to occasionally preaching on Sunday mornings. Since moving to the Washington, D.C. area in 2010, he has continued to support various organizations as a senior expert in military operations, primarily as an advisor to senior leaders in the Office of the Secretary of Defense at the Pentagon. Prior to this, Michael traveled across the U.S. and internationally teaching senior military officers, including lectures at the U.S. Army Command General Staff College and Joint Forces Staff College. A combat veteran, Michael served as an aviator in the U.S. Air Force before transitioning to a civilian career. He holds a B.S. in Business from Liberty University and is in the final year of completing a M.Div. from The Southern Baptist Theological Seminary in Louisville, KY. Michael and Erin have two daughters who keep them busy, but occasionally they are able to enjoy playing a round of golf together.

Wanies (Wes) Rihani was born in Amman, Jordan in a Christian home where his father pastored an evangelical church. He accepted Christ as his personal savoir at age 10 and was baptized at age 11 at a youth camp. His family immigrated to Chicago, Illinois where his father pastored an inner city church. During this time, Wes was heavily involved in the local youth group at his church and was as an elected youth representative for his district.

After college, Wes took on church responsibilities including Youth Group Director and Church Business Manager and was elected to the Chicago Nazarene District Finance Committee. As his father’s health began to weaken, Wes’s spiritual leadership role in the church grew to include teaching and unofficial pastoral responsibilities. When Rev. Rihani went to be with the Lord, Wes shared pastoral responsibilities in the church for over five years while they searched for a replacement pastor. During this time God led Wes to Rita and they served together in Chicago and were blessed with Nathan and Grace, gifts from God!

Wes and his family relocated to the DC area because of work opportunities. They have a passion and heart for evangelizing and witnessing to their friends and neighbors. The vision and passion for ministry to the entire family and the biblically sound teachings drew the Rihani family to PBC. 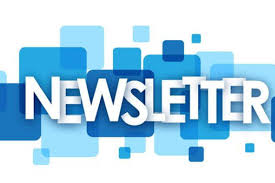 Do you have questions about Potomac Baptist Church?
CONTACT US